I’ve just returned to work from a fortnight in Jamaica.

My mother’s from there so we spent a lot of time with family.

In an eventful trip I gave my Mum away at her wedding and gave the remembrance speech at my Grandmother’s funeral – unfortunately she just died before we got a chance to see her.

Even in a country that is financially challenged, our family are pretty poor.

Many of them live in the hilly region of the island close to Christiana in a community of self-built shacks and houses with temperamental electricity and sporadic water supply.

Despite the incredible sunsets and beaches of Negril, the time spent with uncles, aunts, cousins and nieces in the red dirt of central Jamaica was undoubtedly the highlight of the trip. 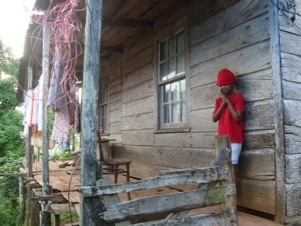 There was an immense feeling of community and I counted around 30 children who seemed to be roaming freely from house to house.

Most there can’t afford healthcare. My uncle showed us how he had removed several of his teeth with pliers and a hot nail (and a large amount of END_OF_DOCUMENT_TOKEN_TO_BE_REPLACED