Serve me up a Frankenburger but go easy on the branding

Yesterday’s announcement that scientists have created the first fully lab-grown burger left many feeling nauseous.
We have an emotional connection to what we put in our bodies and the idea of a burger made on a Petri dish leaves many people cold. 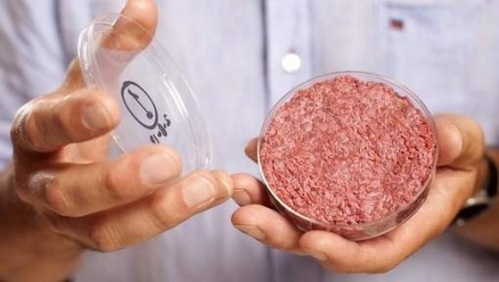 I don’t share this revulsion.
Even when the rules are followed and our food isn’t bulked out with horse or fed its own dead, the way our meat is produced is already pretty vile.

We just choose not to think about the force feeding, slaughterhouses  and industrial-style packaging as we tuck in and the same will eventually happen with lab-grown food.

As our wealth increases, we eat more and more meat. This calls for increasingly efficient ways of getting our fillet steak on to our plates. Mass production means every technique available is used to maximise the amount of meat harvested.

I have never been a vegetarian and enjoy most meat.
At the same time I realise eating meat in the way we do in the West, and are learning to do in the East and ‘developing world’, is not sustainable.

We already use more than a quarter (26%) of the Earth’s non-ice land for grazing livestock and a third of the planet’s arable land is used for growing food for the animals we turn into meat.
When the World Health Organisation estimates that a third of the world is starving, that’s a travesty.

The United Nations Food and Agriculture Organization suggests that global meat consumption may double between 2000 and 2050.

Our meat obsession sees massive deforestation to make way for grazing lands and meat production produces almost a fifth (18%) of the planet’s greenhouse gasses.
We currently use half of all the antibiotics that we produce on livestock to fight the diseases that come from rearing them so close to each other.

A recent article in the Ecologist, asked “why are we ignoring the role of livestock in antibiotic resistance?”

I’m not even going into the ethical issues of cruelty to livestock and the usage of other sentient beings. But it’s worth noting that People for the Ethical treatment of Animals (PETA) applauded the development as a step towards “cruelty-free food”. 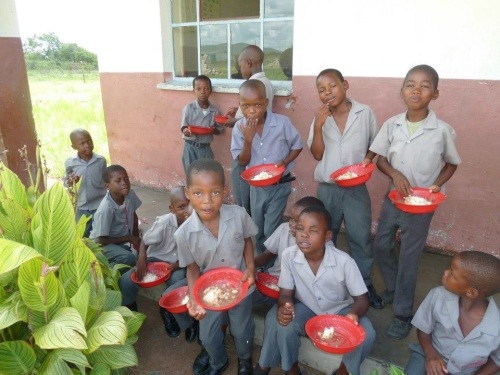 Like it or not, unless humankind suddenly stops growing or becomes vegetarian, we will need to find a better way of producing protein.
Now that the burger is out of the box it seems inevitable that this will be the future of meat production.

We would all like to eat more organic food and responsibly sourced meat and fish but our growing population and our need to cluster around the world’s cities, means totally organic food, whatever that means, will only be available to people living rurally or to a small band of wealthy city dwellers.

In her Daily Mail article, Miracle? No, the new Frankenburger turns my stomach Joanna Blythman makes a strong argument that we should move to more sustainable forms of livestock rearing and that meat consumption is sustainable. The type of farming she is talking about though can not meet the world’s demands. It might provide expensive cuts for the restaurants of Islington but it can’t feed the world.

Whether you call them lab-grown or Frankenburgers, the truth is, producing meat in this way will emit just 4% of the greenhouse gasses and use 1% of the land our current methods use.

I see a future with greatly reduced but sustainable livestock rearing serving the luxury food’ market and with lab-grown meat taking up the main burden of affordable meat production. Intensive farming will become a thing of the past as it simply won’t make economic sense.

The scientists will learn to make the meat more authentic tasting and looking and we’ll eventually learn to enjoy mint flavoured lamb chops or apple flavoured pork.
It’s possible that this development could both feed the world and save the planet.

My real concern is that the work so far is being done privately.

Google founder Sergey Brin dipped into his $20bn fortune to pick up the £250,000 research tab for the work done by the University of Maastricht up until now.
While his motives are almost certainly benevolent and his company promises to ‘do no evil’, leaving the future feeding of the planet in unaccountable hands seems like the height of folly.
No individual, company or even country should have that kind of power.

Leaving fuel production in the hands of a few corporations and despotic nations has seen the refusal to move to renewable energy, growing pollution of our lands and seas and conflicts in nations which happen to be sitting on oil reserves.
Let’s not repeat the mistake with our food.

We have the opportunity, as a species, to wrestle control of the world’s food from the corporations which currently control prices both for farmers and consumers.

Liberating the production of food could be a massive leap forward towards a more equal world. One where the idea of someone dying from malnutrition is as ridiculous as it should be.

The lab-grown food research should be continued by the UN, World Health Organisation or an accountable world body in an ‘open source’ way so that no one develops a monopoly.

If this development is really going to save our bacon, the whole world should have seat at the table.